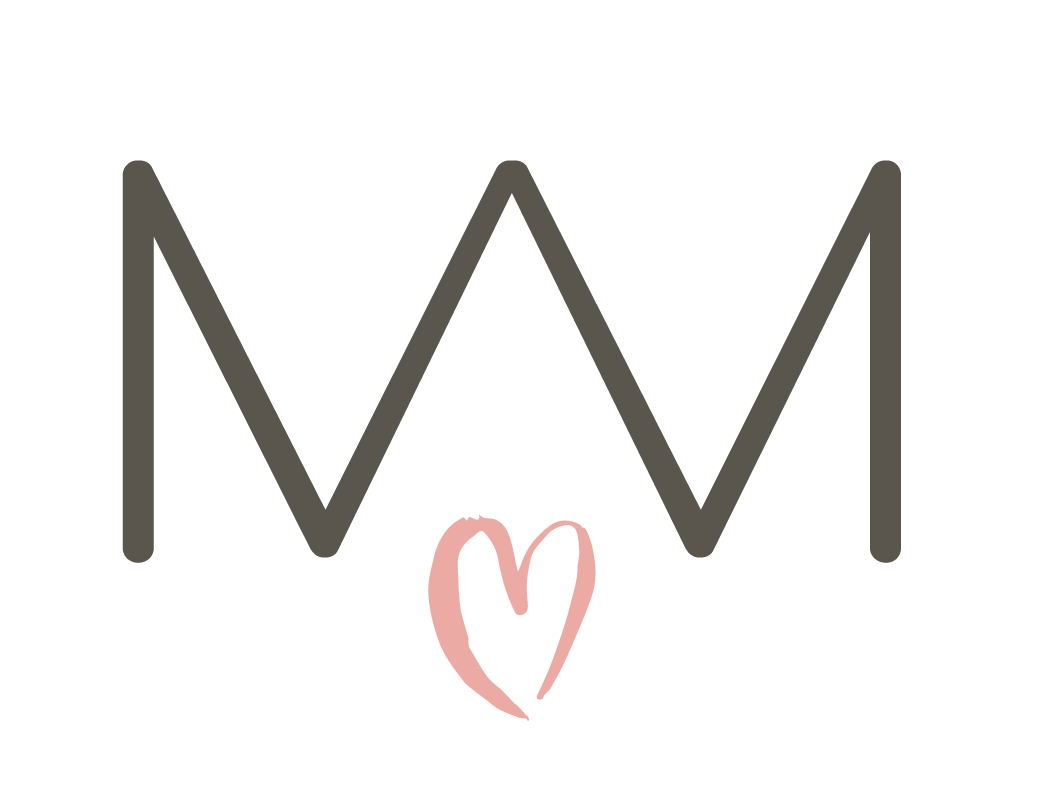 In January of 2019 – I was well into my third year of employment with a local shop – and after a busy holiday season combined with a recent expansion – everyone was looking forward to getting back into a normal pace of work. Come February, work hadn’t let-up and I relapsed into my depression; something that had been a part of my life for 12 years at the time. It was at that time that I had let the owners know of my mental health – as my workload had impacted my mental health and I needed to take a step back to be able to take care of myself.  March 2019 was spent with family, loved ones, and with my beloved dog, Nuova.

My employment up until that time was great. The workspace became my home, and employees became my family. Before I returned from my medical leave, a meeting with the owner and a newly hired human resources person set the pace for the upcoming months of work.  This meeting was the first time that I was told to increase my antidepressants; the subject was brought up several times later. A month after my return, I was brought to a coffee shop where I was questioned about my antidepressant dosage for the second time, while also being told that I didn’t appear to be as invested or interested in the company or my work.

April and May passed, and June was almost at a close. Several employees decided to leave the company during this time, which made it more challenging to envision myself staying at a company that not only impacted my mental health, but had opinions about my mental health that they didn’t keep to themselves. Upon handing in my resignation, the relief I experienced was nearly immediately trumped by the overwhelming anguish displayed by the owners. They took the opportunity to rip me of my value, while also openly discussing to other employees of the company that I “obviously wasn’t on the right medication”.

A month’s notice became three weeks, as I had to take the remainder of my employment off as a medical leave due to the abusive nature of the owners of the company.

How did this experience make you feel?

When I first went on my medical leave, I felt relief – and I was supported in that decision. I felt like I had finally gained control of a situation that was rightfully mine. Upon my return to the company, the power slowly faded away until it came to a halting stop.

How can you feel powerful when your employer is telling you that you aren’t working hard enough? That you don’t care enough? That the medication you have been taking for years isn’t enough? How am I supposed to feel powerful when an employer I trusted takes me to a public space to address my antidepressant dosage and suggests that I am noticeably less devoted to the company? What people tend to forget is that depression and all forms of mental illness are just as present as physical illnesses. It takes over your mind, your body, and your ability to function and move. I was essentially being told it wasn’t good enough that I wasn’t running – just a few weeks after I broke my leg.

I was very vulnerable, and I fell for the idea that these people who employed me for years and took care of me financially were allowed to speak to me about how to manage my mental illness – and express to other employees that they thought I was handling my medication wrong. At the end of the day – they were my bosses, and they did have power over me.  There was a power dynamic and it was being abused. As employers they could speak their mind about whatever they wanted because they are the bosses. What consequences would they have? From who? During my employment, I had to accept it, because as they told me,  “it’s just the way it goes”.

The only reason I was ever able to get out of that abusive situation was because my counsellor helped me recognize it wasn’t normal. The way I was treated, the way they spoke to me, and the way I was impacted wasn’t reflective of a “normal, healthy, or appropriate employer/employee relationship.

What did you do after you finished up your job?

Well I offered to do an exit interview with them – so I could provide all the reasons as to why I was leaving the company. My thoughts weren’t very well received. A week after I left I was still feeling hurt, powerless, abused, and misunderstood. It wasn’t fair that I was treated like that, with absolutely no repercussions or accountability on their end. On a whim I called the Labour Board – where a very kind and patient lady on the other end of the phone coached me through my tears so I could tell her my experience. The Labour Board was unable to help me directly, but she redirected me to Worksafe BC and the Human Rights Tribunal of British Columbia.

Worksafe BC said they would go in to set up an anti-bullying and harassment program for the company, given the circumstances that they exposed me to.

A month after I resigned, I received a call out of the blue from an employee that was still at the company. She had expressed she suddenly saw all the reasons I left, and the other 8 employees that left around the same time frame as me. She expressed something that really stuck with me – she let me know all her personal struggles – but that during that time the Human Resources person had told her to start taking medication to help her curb her emotions.  After that phone call, I realized this was a systemic issue and knew I had to stand up. I looked into BC Human Rights and started the process of filing a complaint against the company that tried to bully me into submission. As hard as it has been, doing nothing and knowing they’re still doing it to others would be much harder.

How has the process been?

It’s been excruciating. Going into this case, I obviously didn’t know what I was getting into. It was my first time dealing with a legal issue, and I quickly learned that the legal system is not built for those who suffer any type of abuse or harassment. After I filed my complaint, I had to reach out to countless sources – trying to find support. I left a full time job with benefits because of the harassment – but could only handle a part time job afterwards due to the trauma. I was denied Legal Aid because I was common law. My counsellor tried to find support for me, my friends and family who knew lawyers tried to find support, and I reached out to Third Space Coffee and other non-for-profit mental health companies in Kelowna, as I was desperate to find support. I owe a big shout out to You Are Collective – who gave their best college try – they really tried every road and route just desperately trying to find support that you don’t have to be rich to afford. But it only led to dead ends. So many people wanted to be able to help me – but didn’t know how.  I paid a few hundred dollars to sit with a lawyer for one hour. One hour.

The entire experience was so isolating. Although I had family and friends, these are the people who don’t want to see you hurt. Every letter I had to write, every piece of evidence I had to submit – I was alone, and incredibly hurt. And it went both ways. Every time I received a response, I was alone.  It ripped me apart. I was in a constant state of reliving my own trauma. I had to revisit every experience and conversation that put me in this position in the first place. People would see me in pain and only question “why?”. Why am I going through this experience if it is only causing me more pain? And in the end it is because I value the work I am doing. This matters. I’m working so hard just to cover their lies with the truth. If I don’t do it, then who will? I just had to keep reminding myself that the work mattered.

What advice do you have for anyone going through a similar experience?

I think most people hesitate to talk about harassment/abuse because it is generally talked about as being shameful. “Shame on you for talking about someone else like that. They have a family too, you know.”

“Shame on you for allowing that to happen – it’s your fault.”

“ If you brought it up sooner, maybe it wouldn’t have happened.”

Everytime I spoke to anyone about my experience, I personally noticed I got very defensive. I prepare for those people to shut me down. I prepare to list all the reasons why I am doing it, and I also prepare for them to tell me all the reasons I shouldn’t. Why do I have to do this? People can think a great deal about one’s situation or how they handle things – without ever knowing what it felt like to be in their shoes. You can never ever say what is best for someone without knowing or feeling what they felt.

Every day I live with the grief from this process. Every day I live in fear of what may happen. I grieve the past and I anxiously await my future. Every day I pass the street the company is on – and I have anxiety leading up to that street every day, twice a day. My heart gets heavy when I am working and I see people with a bag from their store. I see the make of their car or the company car and my breathing stops. I haven’t walked past or visited entire blocks of my downtown home, because I can’t gather myself to see the name or see someone who works there. There are triggers everywhere, every day. Living with these triggers every day can often lead to days of unproductivity. How is it fair that victims live with this just because of someone else’s actions? You didn’t deserve it, or ask for it. But their actions ricocheted to shape my entire life.

What do you think businesses could improve on – to prevent these situations from happening?

I can only hope that businesses take on the challenge of building appropriate support systems for those suffering with mental health issues. And I hope they constantly practice creating a safe space for all employees. With that being said, I wanted to share my appreciation for Mamas for Mamas. Shannon was someone who in the very beginning, created a safe space for me. When I met her, I was a year into my human rights case; and upon our first meeting, I was comfortable enough to divulge my 1.5 years of trauma with her. It is phenomenally rare to encounter such immediate support from a stranger. Without the open door of Mamas for Mamas, I would have never felt heard or supported enough to make my story public. Besides being an outstanding support for Mamas, I can assure that this small group of women can support any one who has suffered in silence. Now is the time to free yourself from all those relationships and hardships that you think are holding you back. Fight back and stand up for yourself and the millions of other people who may have or will find themselves in your position. In the end, you are stronger than those people and companies who put you down. Personally, my depression is my superpower. And I won’t let anyone have me think anything differently ever again.

Previous Post“What happened to the “village”?Next PostParenting Resources for When You Need a Helping Hand
0Shares